Trek Medical Websites is a freelance web development company owned & operated by Georgia Tang, an optometrist and website designer/developer.
Georgia established Trek Web Design in 2014. Trek Medical Websites was formed in 2018 in response to an increasing demand for her health & medical websites.

Not your average web designer 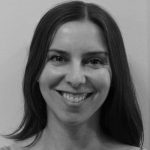 Georgia graduated from the University of New South Wales in 2000 with a Bachelor of Optometry, first class honours, and the University Medal.
Georgia completed a Master of Public Health in 2007 and a Graduate Certificate in Ocular Therapeutics in 2013, both at UNSW.

After working full time as an optometrist from 2001-2007 Georgia continued working part time in her clinical role while working for Hunter New England Population Health in a health promotion capacity. In 2010 following the opening of their independent optometry practice in East Maitland Georgia began studying website development, launching her first site for the new practice.

Having initially learnt HTML5 & CSS3 (the languages on which all websites are ultimately based), Georgia’s first started coding search engine optimised HTML5 websites. Georgia continued to study coding & SEO techniques online & began coding custom WordPress themes. In 2016 Georgia built a WordPress theme based on the _s starter, running on PHP within the WordPress framework. This theme was accepted into the WordPress repository and downloaded 3,000 times. Given the flexibility & ease of use that WordPress offers for both a web developer and website owner Georgia now predominantly creates her websites on the WordPress platform, most often based on the Genesis framework.

Georgia is efficient, reliable & an experienced communicator. Rather than contracting the services of large company churning through carbon copy designs, subcontracting work overseas, or charging inflated fees for service you will be working on a unique design directly with your designer and developer. With Trek Medical you will be able to freely provide direct design feedback, have everything clearly explained, and achieve a great result without huge expense.